Since 1987 and his first lines of code on his Amstrad CPC 6128, Guillain Méjane has been interested in digital creation techniques: pixel art, vector drawing, 3D rendering, creation algorithms, printing techniques…

Time has done its work, and Guillain’s pictorial research has gained in apparent simplicity.

It is within this perpetual research that The Star Rover was born, a series developed in parallel to House.

The unworthy reality of the artist’s daily life has opened up a new perspective: that of invariably taking the highest position on everything.

The Earth seen from space became the ideal travel medium. Guillain thus forced himself not to attach his heart too strongly to anything in particular, preserving in himself that wandering part whose pleasure lies in change, passage, contemplation.

The arid spaces, the green deltas, the islands under the wind or the icy fjords fade away to leave only the colourful beauty of our planet, immersed in the silence of the stars.

Each work is an invitation to contemplate an earthly face penetrated by light, serene clarity, which transfigures it towards the mysteries of the first morning. 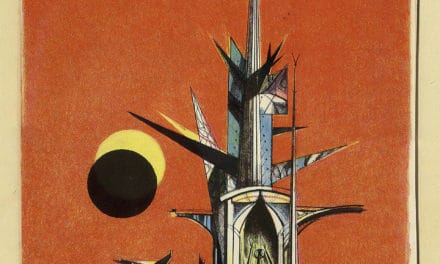